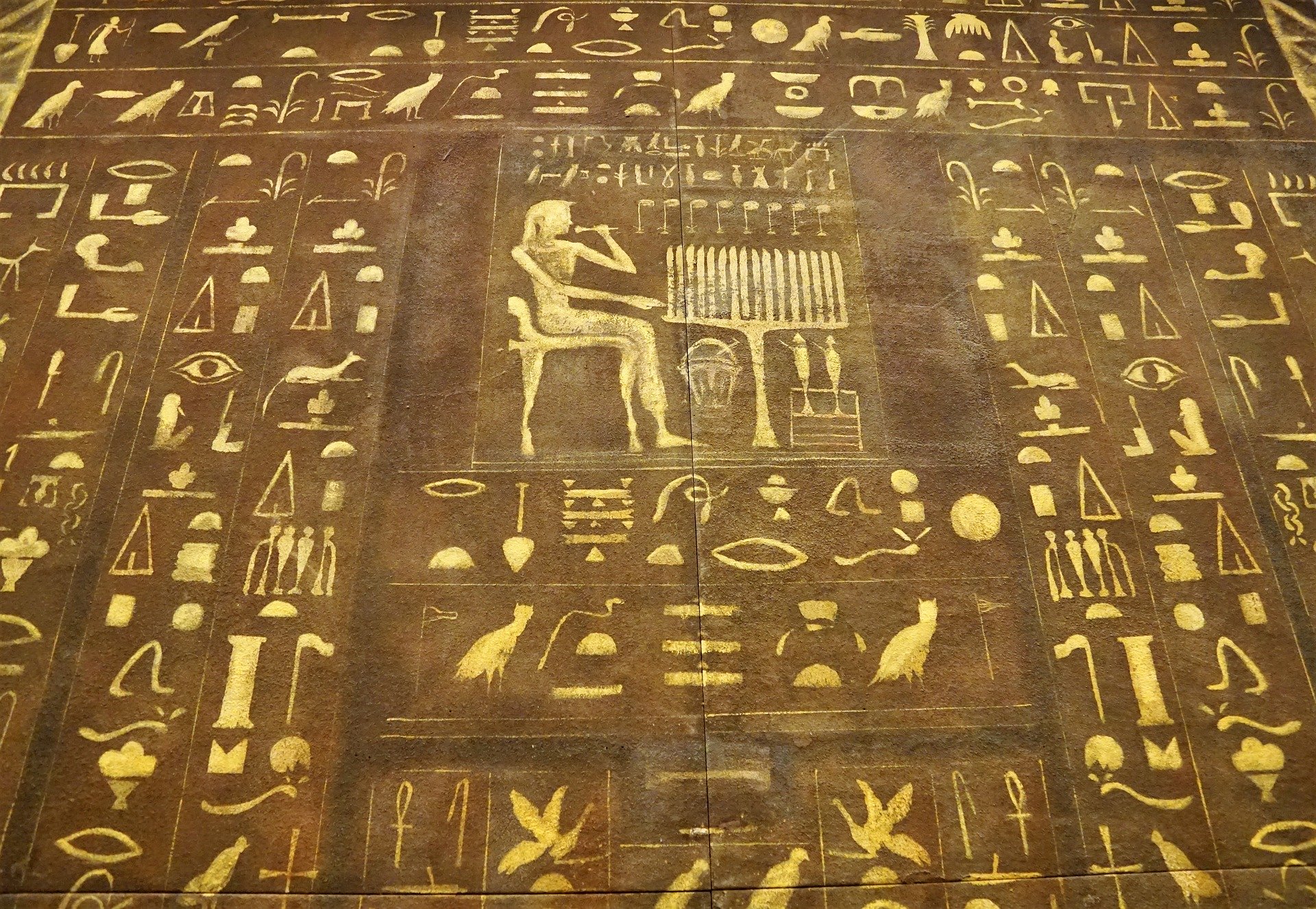 Egypt is the largest country in population among those of the Arab world. Situated between the European and American continent on the one side, and the Asian, and the African continent, on the other, with the Suez Canal linking trade activities between the different parts of the world, Egypt is considered to be the link between the East and the West.

Egypt’s contemporary economy does not depend only on agriculture, as it was the case in the past; there are a variety of other economic activities that have been introduced recently into the Egyptian market, such as the manufacturing of: steel, cement, chemicals, pharmaceuticals, textiles, oil and gas. These industries are currently some of the main economic activities in Egypt. In spite of great economic and industrial achievements, red tape remains a major challenge for businesses in Egypt, although great progress has been made to smooth trade and export procedures between Egypt and the other countries of the world. There are a wide variety of prestigious places for business meetings in Egypt, most of which are hotels spreading along Egypt from Cairo to Aswan.

The local currency is the Egyptian Pound (EGP), the value of which as of the year (2020) is approximately USD0.06.

Egypt is warm in winter, and hot in summer. However, there are two well-known facts about the weather in Egypt: firstly, that there are no sudden and sharp changes in the climate, and secondly, that the sun is shining during the four seasons of the year.

Islam is the main and the most popular religion in Egypt, with an estimated percentage of 94% of the total population. Thus, it would be fair to say that Islam governs the Egyptians' economic, political, personal, and legal life. Muslims take Friday as their weekend. In fact, Friday is the official weekend in Egypt as well as in almost all the Arab-speaking world as well. Although the majority of Egypt’s people believe in Islam, Christianity is regarded as the second main religion in Egypt, occupying 6% of the population. Muslims and Christians are considered as brothers, and from the fact that it is hard to find a Muslim without a Christian friend in Egypt, one could conclude that no discrimination is practiced against the country’s Christian minority.

The Egyptians could be considered the most loving and friendly people among the nations of the world. Every newcomer is regarded as a personal guest and is welcomed with food and hospitality. Egyptians are outgoing individuals by nature – they are more emotional than practical, and above all you will find light-heartedness and an amazing sense of humour. These two characteristics are the trademarks of the Egyptian people, apart from the pre-occupation in their behaviour with decency and appreciation.
If you are going to invite an Egyptian, it is customary that he would refuse your first invitation to show a way of respect for you as his guest. However, you can rely on the fact that he or she will accept your invitation if/when you extend it a second time.
Family ties are very close in Egyptian society; children remain connected to their family and do not separate from their parents until marriage. Even after marriage, however, the married couples remain connected to their respective families to a great extent.

Egyptians prefer to arrive on time when meeting for business, although doing so is not appreciated in such a great deal in other circumstances. Handshaking is common in business meetings. It is advisable to not take your hand away from the person you are shaking hands with and wait for them to do this first, otherwise you run the risk of your partners concluding you do not pay due respect to them. Kissing one’s cheeks and hugging is customary only among old friends, so you do not need to engage in this when doing business, although, with women, kissing cheeks at meetings is acceptable for newly-made friends. Greeting by kissing is not preferred for meetings between men and women, in which case only hand shaking is appropriate.

Formal and conservative clothes are preferred for business meetings, as they are the source of creating a good impression. If you are hesitating about what to wear for a business meeting, put on a suit of dark color! Once you become acquainted with your partners, you can wear more casual clothes. It is an old inherited Muslim custom that men do not wear golden jewellery; if you want to wear any only silver is allowed! Female tourists and foreigners in general are expected to abide by the local traditional standards of modesty. You do not have to wear the local dress, but you should dress in the most modest of manners. Another point to keep in mind with regards to Egypt’s dressing etiquette is that wearing light clothing in the summer and not too heavy ones in the winter will make your life easier.

It is the custom in Egypt (Muslim-related) to eat with the right hand. You should be careful to not sit at the table until your host tells you where to do so. Also, it is accepted that guests do not eat all of the food they are served. You can expect Egyptians to accept any invitation if it comes from the heart, or if you keep insisting on it. Showing your approval of the meal is considered a great compliment to your host. If you were invited to a private home, salting your food may be regarded as an ill behavior, so please avoid doing so. In restaurants it is customary to give a tip, although if you are the guest you do not have to pay either for the meal or for tips.

When talking, it is advisable to make your speech as clear as possible, because what you say might be misunderstood if the other party is not fluent in your language. If you know some Arabic greetings like ''Salam Alikom'' or ''Sabah El-Keir'', which is the equivalent in meaning to the English ''Hello'' and ''Good Morning'' respectively, using them will help you become much closer to the Egyptians you are meeting. Although their first language is Arabic, most Egyptian businessmen also speak English or even French, if they are highly educated. If you are to give a business card, you should present it in both Arabic and English. Also, try to be as friendly as possible in any possible business communication and make sure you maintain eye contact with your business partner while handshaking.

The Egyptian Muslims are not an overly superstitious people, although there are few beliefs inherited from the ancients and the pharos. Almost everyone in Egypt believes in the evil eye, that is the envious eye. This is the reason why some people put in front of their doors a human-hand dummy with an eye in the palm – they hope the dummy will protect them from this envious eye. The less-educated believe in the evil spirits and there are some individuals who pretend to have superstitious power controlling the evil spirit of the devil himself. Egyptians also believe that Egypt is the motherland of all the countries of the world. There is a solid believe that if you drink once from the River Nile, you would not ever forget your visit to Egypt and your visit will recur until the end of your life.

Flowers are presented only for lovers, and wedding occasions, while all other gifts are welcomed. Be careful to choose a gift that suits the occasion and avoid accepting a gift or present with the left hand – only the right hand or both hands are used.

To be successful it helps to bring old and experienced person with you, as age and experience is highly valued in Egypt. You should be patient, as the Egyptians are tough negotiators. If you are going to offer a long-term business relationship you could expect to finalize your deal without too much haggling. Be frank in your dealings, as Egyptians have a high esteem for frankness.

Looking for assistance in another location?

TJC Global provides specialist interpretation and translation services in a wide variety of locations. Whatever your requirement, we are happy to assist you with proffesional interpreters or translators. If the specific location in which you require interpreting services is not listed, please contact us directly.

What to do next?

For a quote for interpretation and translation services in Egypt, please use the Quick Quote system on the right of the page.
If you would like more information about our language services, please contact us.

TIME FOR SOMETHING REFRESHING?

TJC Global's blog covers light-hearted, interesting, and often remarkable, stories from across the globe in the fields of business, engineering, the environment, science, culture and language.

A team of scientists at Kyushu University in Japan is working to develop a possible COVID-19 vaccine using silkworms, the Nikkei Asian Review reported. The vaccine is scheduled to be tested on humans in 2021. The researchers, led by Professor Takahiro Kusakabe at Kyushu University in Fukuoka, are utilising the silkworms like factories. Each worm […]

The ‘Suiso Frontier’ vessel was launched on 11 December 2019 from the Kawasaki Heavy Industries shipyard in Kobe, western Japan, the company said in a press release. The carrier ship has been designed to transport hydrogen produced in Australia to Japan. Measuring 116m long and 19m wide, the vessel is capable of conveying around 1,250m3 […]

UK producer of soda ash, sodium bicarbonate and salt, Tata Chemicals Europe (TCE) has announced plans to build the UK’s first industrial-scale carbon capture and utilisation demonstration plant to trap carbon dioxide emissions for use in its baking soda manufacturing operations. According to the company, the project marks a world first in capturing and purifying […]

GET A FREE QUOTE